After almost two months in hostels I was heading to Los Angeles to stay with my uncle Graeme and could not be more excited to see him and have a room to myself.

Graeme lives in Huntington beach which looks like the epitome of the kind of Californian beach towns you have seen a million times on film. Beautiful beaches that stretch out forever, lifeguard towers, and tanned and bleached folk walking around everywhere. Unfortunately I was there in winter so I couldn’t swim although the water looked very enticing. 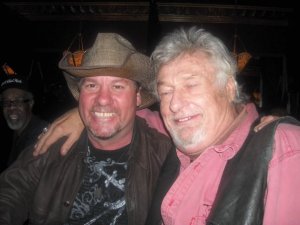 We spent one day in LA seeing all the usual sights. We hit Hollywood boulevard for the stars walk, found an amazing vintage where I spent way too much money, found an awesome bar just off the boulevard full of some old bar flies who were more than happy to chat about LA. All of these guys had been in movies and famous bands at one time or another, one of them even offered to marry me so I could stay in the states – what a gentleman! 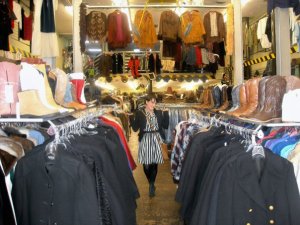 After discovering the car had been towed and collecting it we went to the rainbow room bar and grill for dinner and planned on going to the whisky a go go to watch a doors cover band but unfortunately it sold out before we got there. So instead we went to the viper room for a few drinks.

Graeme chauffeured me around the beautiful Cali coast in his vintage car and introduced me to some NZ Whanau before I hopped on a plane back home to Melbourne.