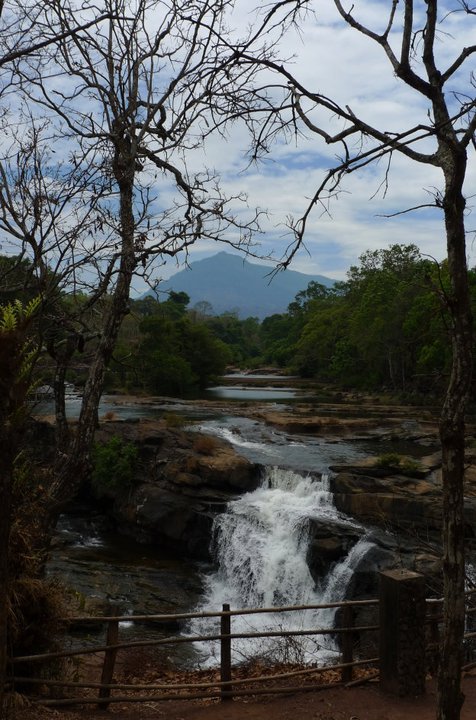 After spending a few beautiful days in Don Det it was time to move on, so we decided on visiting the Bolaven Plateau that a friend had recommended. We got a van to Pakse and then a local bus to the Plateau, and on route we met a lovely Scottish couple who had been travelling for several months around SEA who we would meet up with later in Vientiane.

After a few interesting hours on the bus (we passed a crashed military truck) we arrived to the Plateau and checked in to one of the guest houses recommended by lonely planet. Unfortunately it turned out to be pretty average so we moved to the Tad Fane Resort just down the road to basic but comfortable cabins.

We went on a hike the next day with a local guide who showed us some beautiful waterfalls and local villages. My favourite quote of the day was when I asked if there were any poisonous snakes around, to which our guide replied “no, no, no, no – only cobra”.

We had heard from the American couple we met in Don Det that there were Elephants that you could ride in the Bolaven Plateau and that they were very well cared for, and I am now completely mortified to say that we went for a ride. Please, please, please don’t ride an Elephant; They are wild animals, and regardless of how well they look like they have been cared for in order for them to be rode by humans they have to go through very cruel training. You can find a million articles on google on the cruel practises but here is one on the intrepid blog about why you shouldn’t do it. At the time I thought it was ok if they were well cared for, but now I do not agree with that. If you want to see an amazing organisation that helps Elephants but does not exploit them check out the Elephant Nature Park in Chiang Mai, but I will get to that in another post.

Needless to say I did ride an Elephant and it was completely terrifying and wouldn’t do it again even if it wasn’t cruel.

To the right the best bahn mi of my life!