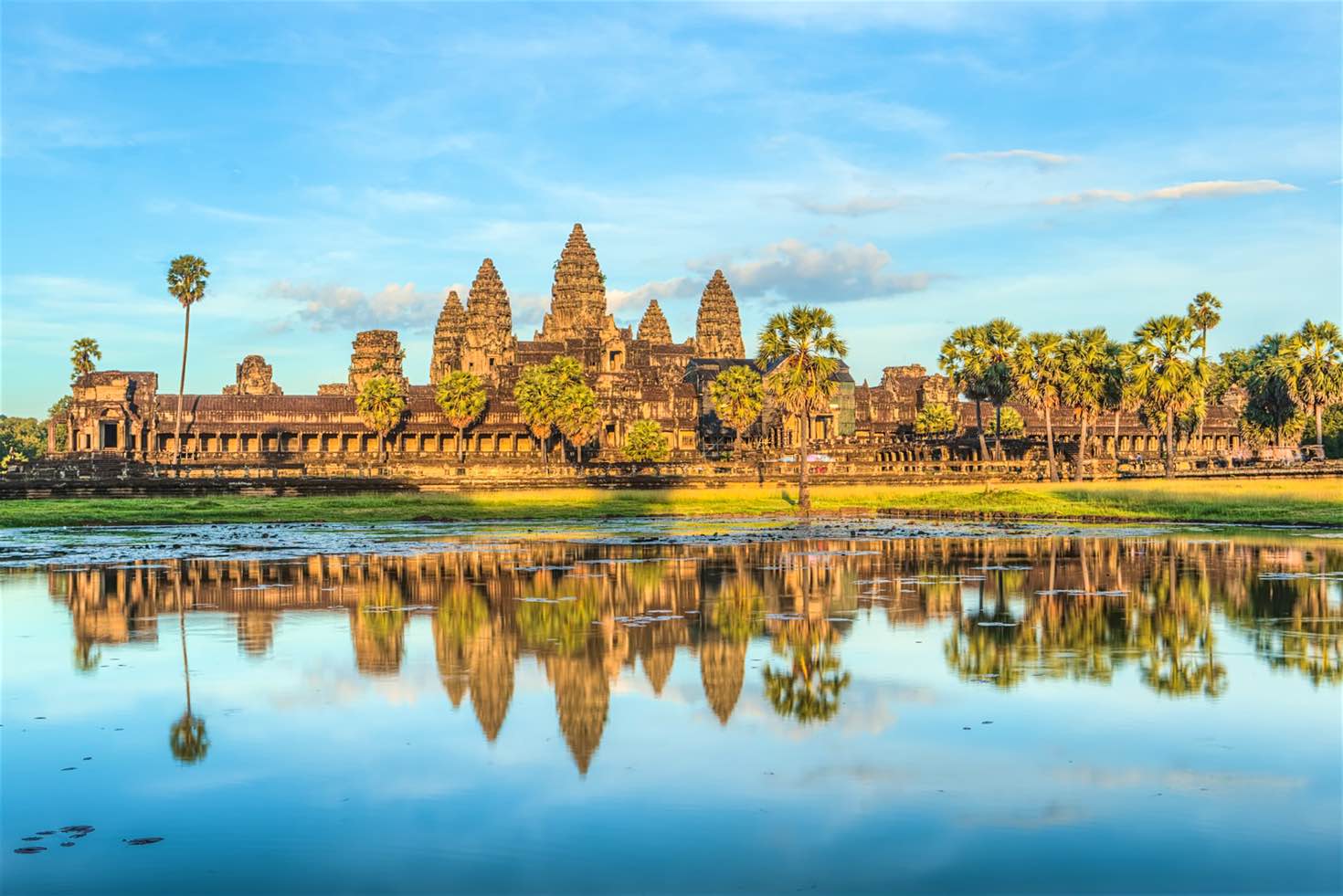 Next we set off in a coach  to Siem Reap. We found a hotel online and after checking in set about organising our trip to Angkor Wat; the main reason most people go to Siem Reap.

We were told that most tourists do a loop of the complex, starting at Angkor Wat to watch the sun rise. We had got a tip to start the same but do the trip the opposite way, so start at the end and finish at the start, this would mean that we would largely have the sites to ourselves. We started at Angkor Wat for what should have been a beautiful sunrise but due to fog was more a gradually rising sun seen through the fog, but it still didn’t dampen the beauty of the temple. After leaving we wandered through ruins set over many kilometres of dense jungle that look like they are straight out of Indiana Jones.

I started what would be my obsession with hawker stall pancakes in Siem Reap, and gorged on a Cambodian style BBQ eating snake, crocodile, and water buffalo. Ultimately I found that other than Angkor Wat, Siem Reap is mostly a very touristy party town, but then again I barely scratched the surface for the few days I was there.